Alex Musembi makes cash where most see trash.
For close to five years now, Alex has been rummaging through waste collection points looking for used clothing, fabric and footwear, which he recycles into items for sale.
The 30-year-old co-founder of Africa Collect Textiles (ACT), then sells these items through his firm, which makes and sells bales of second-hand clothes, shoes, mats and rags for local and export markets.
Alex got the idea for ACT while working for an international textile company headquartered in The Netherlands.

“I came to realise that in Amsterdam, people had found a way to make money from used textiles, while back home in Kenya, people threw their used clothing and shoes.”
Alex teamed up with a colleague of his, Elmar Stroomer, and the two requested funding worth Sh4 million from their employer to conduct a survey on how Kenyans disposed of used clothing and shoes.
They got the financing, embarked on their research and found that most Kenyans throw out old clothes and shoes with other garbage.
“We came to realise that Kenya only offered a rich market for second-hand clothes that were made from other countries. But once these clothes were used, they were either burnt or sent to landfills,” says Alex.
In the nine months to September last year, for instance, Kenyans imported 134 million kilos of second-hand clothes (or 134,000 tonnes).

Alex and Elmar’s research revealed that about 35 million kilogrammes (or 350,000 tonnes) of textile are discarded every year, and of these, Nairobi alone contributes 20 million kilos.
“This translates to huge potential lying unexploited in Kenya. Our company, and the few other textile recycling companies, can only handle a small fraction of all these unwanted clothes discarded every year.”
Design background
Alex and Elmar decided to use part of the funding they got to open their own textile company in Nairobi, ACT, that would recycle the clothes and shoes that people throw away. That was in 2013.
Elmar, who has a background in design, would do the research and come up with new designs for shoes and clothes, while Alex would oversee the daily running of the business.

Now ACT is a full textile company, complete with collection points for used textiles, a fully equipped processing unit, a warehouse and a ready market in Kenya, West Africa and in The Netherlands.
The company works with various organisations and communities to set up branded collection points where used clothes and unwanted footwear can be dropped off. The company’s leading collection points are in churches, universities and shopping malls.
To encourage these more environmentally friendly drop-offs, ACT has collaborated with some supermarkets to give donors points they can redeem for products. In universities, the firm contributes to a student’s kitty.
The collected items are then taken to a warehouse where they’re sorted into wearable and non-wearable textiles, depending on damage.
Wearable items are washed and then sold or donated to homes. Non-wearable textiles are further sorted in terms of their material composition and taken to a processing unit where they’re turned into second-hand items. These include blankets, towels, poofs, clothes, pillow filling, lamp shades and seat covers.

Denim shoes
Alex says ACT has so far collected enough materials to make up to 2,000 pairs of denim shoes (like what he’s holding in the picture). Locally, the shoes retail at Sh2,000; they cost more in export markets.
Alex, who holds a degree in human resources from the University of Nairobi, says ACT has been helped by its competitive edge over other companies in a similar line of business.
“Most companies in West Africa, where we also enjoy a huge chunk of the market, buy raw materials, while we don’t. We make our products from what people throw away. That’s usually a huge cut on the costs we incur,” he says.
Easy as it sounds, though, starting a processing company that uses waste isn’t entirely a stress-free venture, says Alex. The huge starting capital needed is one of the hurdles.
“You need a well-equipped processing unit and design expertise to make products that will be appealing to buyers. Otherwise, you’ll end up collecting stuff and selling it at a throwaway price to manufacturers,” he says.
He notes that ACT sometimes sells a kilo of damaged soles to Bata, a shoe manufacturer, at just Sh60 a kilo.
Collecting unwanted textiles also requires quite a bit of explaining.
“It can be challenging explaining to people why you need the unwanted textiles. We’ve been required to do a lot of paperwork and explaining to top institutions where we set up collection bins. Some even ask what’s in it for them, and you have to give them a cut. Sometimes the free textiles don’t come to us free at all.”
Hardest hits
But it’s been important to forge collaborations with well-established institutions to build credibility around the business.
“One of the hardest hits we took was the closure of several Nakumatt outlets. We were among the first people to know the retailer was planning to shut some of its outlets as it was a privilege Nakumatt accorded to everyone it had partnered with. The ACT collection points that brought in the most textiles were at Nakumatt stores.”
Alex and Elmar took the news in stride and looked for alternative collection points, including in large estates.
And for its efforts, ACT caught the attention of the E4Impact Accelerator Programme. It was selected among 20 start-ups that will benefit from mentorship and networking with well-established Italian businesses, as well as the chance to pitch to potential investors.
The programme also gives start-ups free office space for 12 months, business coaching and Sh1.5 million in seed funding.

We never wanted to copy-paste a European collection and recycling model!   Nairobi-headquartered Africa Collect Textiles (ACT) is run by ordinary people with extraordinary 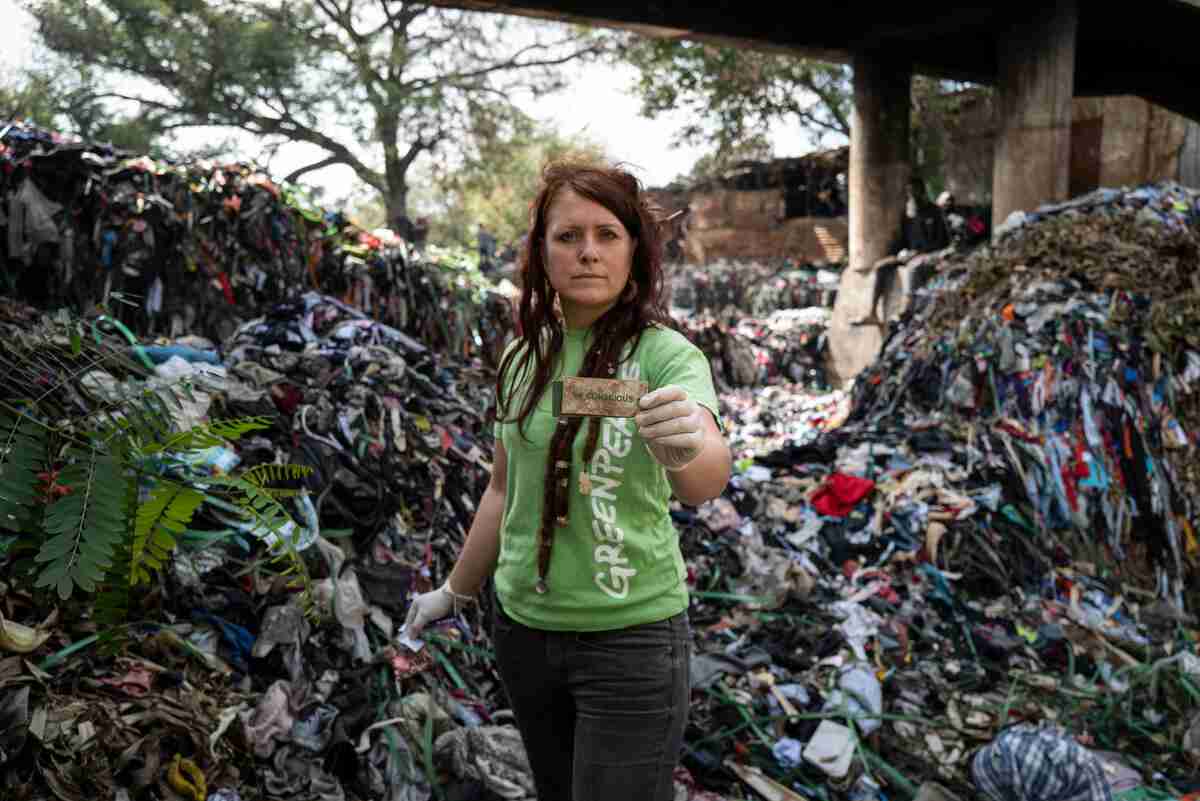 Check this report on the darkside of mitumba from Greenpeace! If you are interested in fashion, wonder how circular this industry is, or want to

All donations to the Student Emergency Fund will directly support our students as they adapt to changing circumstances.

Everything that I learned at Kempbelle University really helped put me above the competition in the field of business management.

How to apply?
How much does it cost?
Where is it?
What is the Academic Calendar?